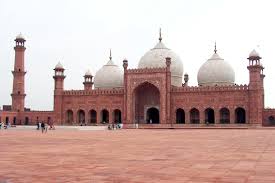 Imam Malik wrote a letter to Layth b. Sa’d saying:

“It has come to my notice that you give decisions on religious matters which go against   the position of the scholars of this city of ours. You are a leading scholar, a man of position and eminence in your area. People need you and trust you in your decisions. Because of this you must fear for yourself and tread the path that is likely to take you to safety.

…All people are subordinate to the people of Medina. To it the hijra was made and in it the Qur’an was revealed, the lawful made lawful and the forbidden made forbidden. The Messenger of Allah, may Allah bless him and grant him peace, was living amongst them and they were present during the very act of revelation. He would tell them to do things and they would obey him, and he would institute Sunnas for them and they would follow him, until Allah took him to Himself and chose for him what is in His presence, may Allah bless him and grant him peace.

…So, if there is something which is clearly acted upon in Medina, I am not of the opinion that anyone may go against it, because of this inheritance that [the Medinans] have which it is not permissible for any other to ascribe to, or claim for, themselves. Even if the people of other cities were to say, ‘This is the practice (‘amal) in our city’, or ‘This is what those before us used to do’, they would not have the same authority for that, nor would it be permissible for them in the way that it is for [the people of Medina].” (Dutton, 2002:37-38)

Layth b. Sa’d responded by writing:

Despite the differing approaches taken by Malik and Layth, the common denominating feature is that they both cite ‘normative practise’ of the body of muslims as an external verifier of a given hadith’s authenticity.  That is to say that ‘amal (practise) has a bearing on the verification and authentification of hadiths – albeit one (Malik) restricting ‘amal to Medina and the other  (Layth) adopting a more wider scope.

Tirmidhi also takes a similar stance and states about his Sunan/Jami’:

“ِAll the hadiths in this book have been practised upon by some amongst the people of knowledge except two hadiths; the hadith of Ibn Abbas stating that the Messenger of Allah, Allah bless him and give him peace, combined Zuhr and ‘Asr prayers and Maghrib and ‘Isha prayers in Medina, with any fear [of an enemy] nor any rain[hadith no. 185]; and the hadith stating ‘When anyone drinks an intoxicant a fourth time should be killed [hadith no. 1510]. We have dealt with the defects in both hadiths in this book'” (Tirmidhi, 2009; vol 6: 439).

Implying that the practise of the body of muslims has a bearing on the authenticity of hadiths.

This is why Kashmiri states that the taʿāmul of the Ummah adds an epistemic value to hadiths. He cites the following four categories:

1) a saḥīḥ hadith which the taʿāmul of the Ummah corroborates and verifies;

2) a hadith which has been specifically declared ṣaḥīḥ  by one of the hadith scholars;

3) a hadith which has not been specifically declared ṣaḥīḥ but is reported in a book where the author has necessitated upon himself only to narrate ṣaḥīḥ hadiths e.g. books like Ṣaḥīḥ Ibn Khuazaymah, Ṣaḥīḥ Ibn Sakan, Ṣaḥīḥ Ibn Hibbān and Sunan al-Nisāī;

4) a hadith which is reported by narrators who are not tarnished by any negative statements (i.e. absence of positive and negative factors and hence reliable by default). (Kashmiri n.d.:127).

The first catoegory yields certainty and is thus highest in its epistemic value. The other three categories yield probability.

What self-proclamied muhadithin would do well to do is  recognise their erroneous stance of stating that all sahih hadiths yield certainty, at a complete neglect of the taʿāmul of the Ummah.