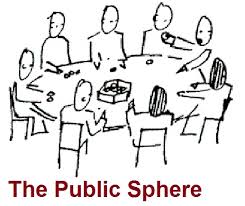 I wish to show the theoretical underpinnings of Habermas’ ‘Religion in the Public Sphere’. Namely, I want to highlight that Habermas’ work is underpinned with a binary position of religion versus the secular; of metaphysical claims against non-metaphysical ones. I want to show that the constraints of defining religion in secular terms presumes religious values to be speculative and therefore as less real than the materiality of other concepts. I want to show that Habermas implicitly suggests that religious reasoning and viewpoints are intrinsically and diametrically opposed to secular reasoning and it is only with the condition of institutional translation proviso that they are relevant in the legislative domain. This is based on a certain definition of religion and is neither based on a sociologically unified political formation nor on a singular religious logic (Mahmood 2009). This dichotomy of characterising religion as such is based on an a priori epistemological assumption of the nature of religion. END_OF_DOCUMENT_TOKEN_TO_BE_REPLACED