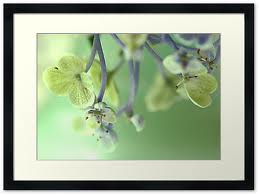 Abdur Rahmān ibn al-Jawzī was born in 508 A.H. He was a profound scholar, orator and a prolific writer in tafsīr, hadith, history, and literary criticism. My first encounter with his writings was when I studied the Arabic anthology entitled Mukhtārāt min Adab al-‘Arab. Below is a translation of that very same passage taken from Ibn al-Jawzi’s book entitled Ṣayd al-Khātir.

May Allah grant us all the ability to achieve our optimum potential.

“Man’s greatest trial lies in his high aspirations. The higher his aspiration, the higher he climbs the road to success. At times however, circumstances do not permit, and at others there is a lack of means to achieve these aspirations, which results in constant dissatisfaction. I however, have been bestowed with such high aspirations that I always aspire for something higher, which is why I am in constant dissatisfaction. I have never wished that I was not so ambitious. True, that life can be enjoyed fully only by a thoughtless irresponsible individual, but an intelligent person will never choose a care free life over deficient intellectual pursuits. I have seen many people who are proud of their high ambitions and aspirations but I have found them to be restricted to a particular field of learning and thus not true to their claim. These individuals are completely oblivious to their deficiencies in other fields. Sharīf Radhī, a famous poet is quoted to have said:

Ill health is indeed a trial,

My ill health and trial is due to possessing too high an ambition.

But after having studied his biography I have found him to be ambitious only in the field of leadership and position.

Abū Muslim Khurāsānī suffered from insomnia in his youth. When inquired about his condition, he replied, “My high aspirations along with my poverty prevent me from enjoying sleep.” “What would quench your thirst” was asked. He replied, “Victory with power and leadership.”“ Then strive for it!!” he was told. He answered, “It cannot be sought without facing its dangerous consequences”. He was asked again, “Why don’t you face these consequences for the sake of your success”. He replied again, “my intellect prevents me.” “So what will you do?” he was asked, “I will forsake my intellect for my ignorance, and will only seek the advice of my intellect where ignorance fails me. I have no other course left as promiscuity and poverty necessitate each other.”

After having studied the accounts of this foolish man, I found him completely oblivious of the most important matter of all, the hereafter. He was industrious in the pursuit of political power for which he killed unsparingly to achieve only a fraction of his aspirations, which he only enjoyed for a mere eighty years. He then became insane and was killed in a most ugly manner.

Mutanabbī was also like the latter. His aspirations were restricted to material gain of this worldly life, his highest aspiration was conceit.

I however, aspire to gain knowledge that I know with certainty that I will not be able to acquire, because I aspire to attain complete mastery of every science and field of learning which is impossible in this humanly life. I do not consider anyone complete in any science as long as he is deficient in another. For example, if a hadith master who is deficient in fiqh, or a faqīh who is not a master of the science of hadith as well I consider both incomplete in their mastery.

This type of incomplete knowledge is the result of not having high aspirations. Not only do I wish to acquire mastery of every science, but I also aspire to translate my knowledge into action. Thus, I aspire to gain the scrupulousness of Bishr Hāfī and the piety of M‘arūf Karkhī. But this is quite impossible to achieve along with the occupations of studying and teaching.

This is not all, I also aspire to achieve independency in my livelihood, obliging others with my donations, but this also seems impossible along with my other occupations. My delicate temperament also demands that I do not become a burden on others nor accept gifts from them. I also desire to have children and become a prolific writer and author, so that both offspring and writings may preserve my memory in after years. But my other engagements prevent me from doing so. I also desire to enjoy lawful pleasures but my income does not permit me to attain them, and if I busy myself with attaining them I would lose my peace of mind. I also wish to enjoy delicacies of food and drink as my good taste desires.

All of these aspirations are an aspiration of contraries. Each of them is to complete another. These are my aspirations in comparison to those who aspired for the world alone. I do not want to compromise my faith and religion for my worldly desires, nor my good works for learning. How I long for night vigils, and illumination of heart through prayers on one hand, and am desirous of knowledge, teaching, authorship and delicacies of the world on the other. How sorrowful it is for me to miss seclusion in prayer because of intermingling with people and teaching them. My earning a livelihood to provide for my dependents is an obstacle for my spiritual progress.

But all of these pains I have endured for perhaps my perfection lies in my struggles. The loftiest aspiration is to seek the pleasure of the Lord. I guard my every breath that it is not spent in any idle pursuit and am not concerned if I fail to achieve my aspirations for the Prophet, Allah bless him and give him peace, has said that the intention of a believer is better than his action”.